The nascent recreational cannabis program in Illinois has shot up the price of wholesale cannabis flowers. This has put a strain on the supply.

The sale of adult-use cannabis commenced from January and the retail sales hit $40 million in the first month. This has been one of the strongest starts witnessed in the adult-use market in the US cannabis industry.

The sales however dipped in February by $5 million. This may be due to fewer shopping days. The dip may also be due to initial excitement fading.

Related: Research finds the number of Seniors in the US using Cannabis has risen by 75%

What once was a medical marijuana market of nearly 100,000 patients has now turned into a market for 8 million legal state residents. They are eligible to purchase the offerings along with the 100 million tourists visiting every year.

Currently, the supply is quite tight in Illinois. Marijuana Business Daily projects the Illinois recreational program has the potential to generate $2.5 billion a year. The major driver of marijuana sales is the tourist market. Marijuana business owners have reported that a pound of the wholesale marijuana flower is selling for $3,500 for average quality and $4,000 for premium quality. The prices were $3,300 and $3,500 a year ago. The executive vice president of planning, insights, and analytics at Cresco Labs, Donny Trivisonno shares, “Demand is currently far in excess of supply”.

Wholesale cannabis suppliers have been selling out their inventory weekly. However, there is no indication that the supply would catch up anytime soon.

The CEO and founder of Green Thumb Industries, Ben Koyler, shares that the medical marijuana market sold $250 million worth of cannabis in the previous year.

He expects that the demand would shoot up by five to ten times by 2023. He further added that it would take a lot of time to build a sustainable supply for such a massive demand.

Most scarce is the smokable flower. It is the highest in demand and also hard to produce. It is this strained supply that has skyrocketed the cost.

An eight-ounce of marijuana flower costs $60 exclusive of tax at a store which is quite high. Koyler anticipates that the prices will fall if more capital is deployed for increasing the production and supply.

What to expect in Future

The initial cost is quite high owing to large scale operators spending so much money on their initial facilities. They have no choice but to defer the cost to the consumer.

The CEO of Chicago-based vertically integrated cannabis company Revolution Global, Mark de Souza said that the support from the legislators and regulators permitted his business to build a large footprint and understand the rules.

He said that the regulators have managed to create a gold standard in cannabis markets. He expects that the entire supply chain to be fully built out by 2022. This would require a capital investment of $500 million.

De Souza’s company is currently in the last stages of construction of its second building. “We find ourselves working 18-hour days to build out and grow as fast as we can”, he shared.

Cresco Labs is also building out facilities to keep up with the demand. Their facility in Lincoln, Illinois comprises 170,000 square feet of canopy. “We are working hard to bring more product into the market in the coming months through ongoing expansion”, added Trivisonno.

Although supply is going to remain tight for a while, Trivisonno is optimistic that the focus is towards coping up with the massive demand. As both adult-use consumers and patients demand flowers, the market is scarce. Growing quality flowers on a massive scale is quite challenging.

Regulators get a thumbs up!

Business owners dealing with cannabis are immensely pleased with the overall rollout of the recreational segment. They have been praising the lawmakers and the regulators for creating a friendly and rewarding program.

Trivisonno shared that the state has done an incredible job in successfully implementing adult-use marijuana legalization.

Dorf shares that Illinois regulated model is quite a strong program. It has been set up exceptionally well. He said that retail stores going online will ensure better access to consumers and patients. The state could approve 185 recreational retail stores this year.

Dorf is not bothered about the marketing becoming oversupplied which is the case in Oregon and Washington State. He expects that the demand and supply dynamic in Illinois would remain well balanced.

Illinois could license up to 500 stores in the coming years. This is relatively few for a state that has a population of nearly 13 million people. He further added that he loves working in a market that is highly regulated. He believes that this results in the most consistent and best product for any consumer. 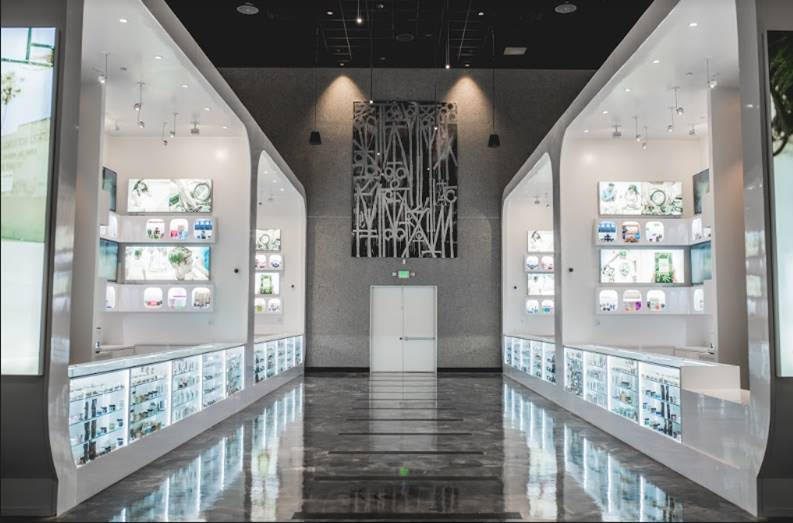