About 5,700 marijuana plants, estimated to be worth around $8.6 million was confiscated by the Las Vegas Metropolitan Police Department last week in a record-breaking raid at a warehouse in the 4600 block of Judson Street in the northeast part of the valley.

It was the department’s largest indoor marijuana grow-house bust.

A statement released by the department said that a large part of a warehouse had been converted to maintain a marijuana growth operation and had to be “dismantled with the help of several agencies.” Along with marijuana plants weighing more than 860 pounds, the detectives also found, lighting, ballasts, ductwork, chemicals, charcoal filters and other items associated with the large-scale plant.

The largest operation prior to this occurred in 2013 within the LVMPD’s jurisdiction with a seizure of 3,244 plants.

Nevada state law permits adults above 21 years of age to grow marijuana at home for their personal consumption, but only if there is no state-licensed retail marijuana store within 25 miles of their home.

The LVMPD seized 8.6 million dollars worth of illegal marijuana. This is the largest indoor marijuana grow operation (based on plant count) within LVMPD’s
jurisdiction. pic.twitter.com/UnrWQDL87E

Up to six plants per person, but no more than 12 in a household can be grown and must be within a closet, room, greenhouse, or other enclosed area that is equipped with a lock or other security device.

While marijuana stores are open across many states during the lockdown, Nevada marijuana dispensaries were forced to close last month after Gov. Steve Sisolak ordered so to restrain people from going out of their houses.

Notices were served by the state government in the wake of the Covid-19 outbreak.

The dispensaries are conducting sales via delivery. However, “a mixture of the lack of capacity to meet the market demand through delivery, a drop in tourism and because people had already stocked up” has led to a slowdown in the sales of marijuana

During the global pandemic “sales are below 50 percent statewide, many stores are below that, and some are (temporarily) closed”, according to Riana Durrett, Executive Director of the Nevada Dispensary Association. 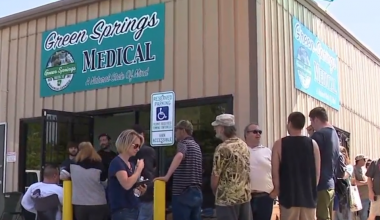 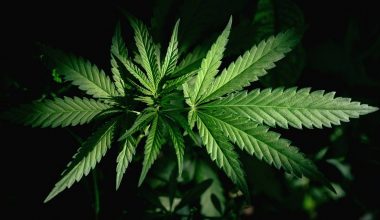