With plans made to open last month, a coffee shop in Dinkytown runs into legal trouble after being questioned for its proposed decision to sell CBD-enriched drinks, pushing the owner to rework his business model.

A coffee shop, Cosmic Bean Dispensary, which was set to open at Dinkytown last month, has run into a legal tussle after having proposed to sell drinks infused with CBD Oil. The novel business model conceived by Hideaway and Wally’s Falafel and Hummus owner, Wally Sakallah, originally intended to sell drinks and food coupled with CBD oil.

So, until CBD oil gets FDA-approval, or is agreed upon as safe with the general consensus, any ventures cannot include it in their drinks or food products.

Huff enforces that any item added to consumer’s food items entails a whole set of research to ensure that the consumption of the product doesn’t have a negative effect on anyone’s health. Though CBD may not be termed harmful, it necessitates the need for sufficient evidence to state that it is safe.

Sakallah, who is now in work with the health department, is slated to find an alternative business model to sell CBD products. While not allowed to sell the same mixed with drinks, Sakallah plans to sell them separately.

Huff states the Sakallah will be able to open his restructured business venture without any legal troubles after having a careful review of his plans with the health department, in order to ensure absolute safety to the consumers. It is quintessential that the product meets all regulations set by the Minnesota Department of Agriculture, the FDA, and the Minnesota Department of Health.

With many businesses taking shape, Huff exclaims that the Health department constantly tries to figure out an ideal solution for the varied ventures.

The novelty of the medicinal marijuana has taken both new business ventures and lawmakers of the city by surprise. As stated by an industrial hemp program coordinator with the Minnesota Department of Agriculture, Margaret Wiatrowski, “This whole CBD thing could be a very complicated issue from a legal standpoint. The regulations set by various departments, like the Minneapolis Health Department, might be different from those set by the FDA. There can be a gap between what is agreed upon.”

Considered as a medicine, Cannabis is stated to be sold only by the Minnesota Department of Health’s medical cannabis program which, however, differs from the statement said by the health department officials who had informed Sakallah that he can sell the oil individually.

Wiatrowski is also quick to point that there hasn’t been much of clarity regarding the laws and policies underlining the use and sale of medical marijuana. She states that different department could have very different regulations and for the moment, it could be all quite unclear with regulatory agencies and lawmakers still having to catch up with the arrival of medical marijuana. 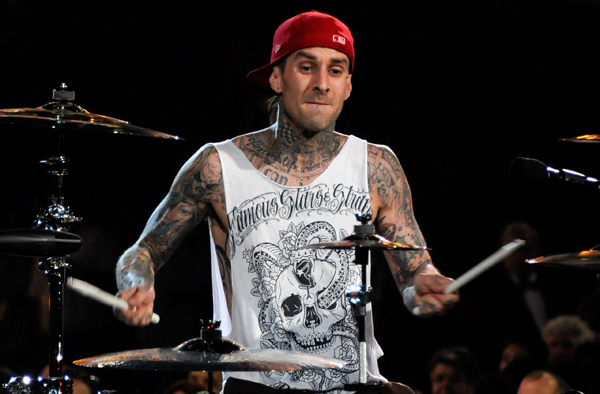 During the course of a recently held Joe Rogan podcast, Travis Barker, the Blink-182 drummer, discusses in detail…
Read More