A marijuana dispensary in Springfield becomes the first in the state to receive approval for opening a first of its kind marijuana lounge to provide people a spot to smoke weed.

The company Illinois Supply and Provisions is working on a plan to link the lounge to its marijuana store located in downtown Springfield. The concept is still being worked on. No opening date has been specified as of now.

The spokesman of the company, Chris McCloud said that the opening of the lounge is going to be much more than the mere opening of a big room for people smoking cannabis.

The entire plan is going to be executed well. It would truly be an experience of its own. The company’s request was approved by the city council of Springfield recently.

The sale of recreational marijuana started in Illinois from the 1st of January 2020. However, the new regulation prevents people from smoking in public areas, in parks and streets.

Landlords and condominium associations can also prevent the use of marijuana use in their respective properties. Municipalities have the right to regulate the consumption of this drug in public areas.

Erin Conley, Springfield Alderwoman believes that the lounge will help prevent issues for renters who have to follow stringent regulations laid by their landlords and the municipality. It will also be beneficial for travelers as well. 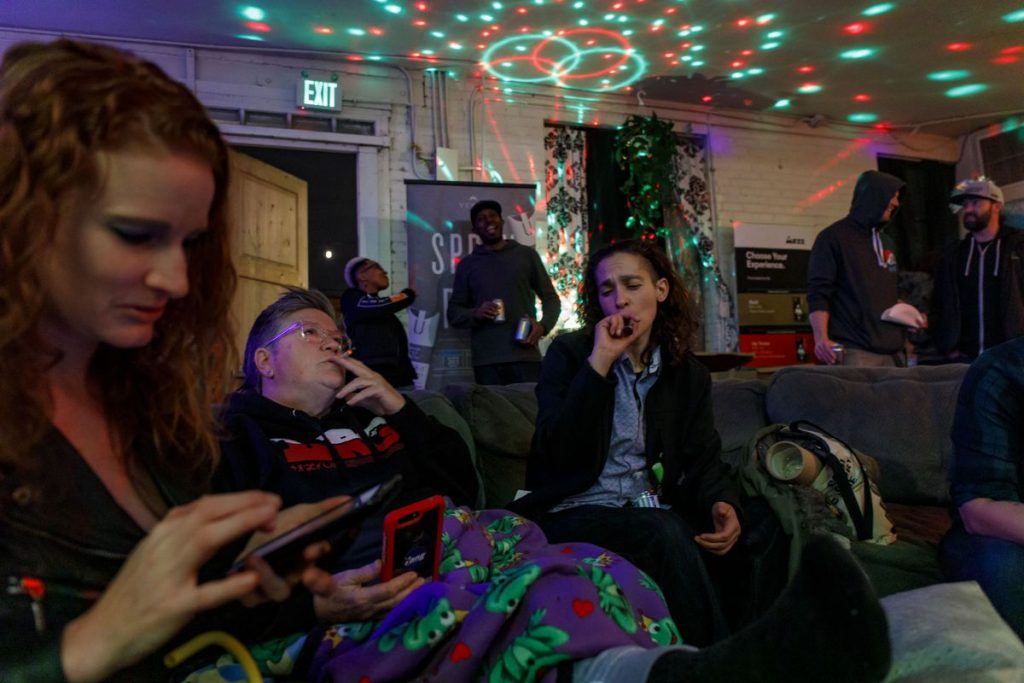 She added, “We do have a lot of tourists, we’ve already seen a fair amount of out-of-town visitors coming to our dispensary, and we have a lot of hotels downtown where people cannot consume.”

Chicago permits its residents to use marijuana in their balconies or in their backyards. However, there still lacks an appropriate plan to establish a dedicated public space for using weed.

Lori Lightfoot, the Mayor has always pushed for a plan to permit weed consumption in smoke shops. However, this idea was later stalled.

Illinois Supply and Provisions runs a dispensary in Collinsville apart from its Springfield location. The company has plans to open two more marijuana stores for the purpose of recreation-only.

The Regional Director of the Dispensaries, Kathleen Olivastro released a statement stating that there is a need to come up with designated areas where people can consume weed owing to stringent consumption laws that make things difficult for others.

She further added that her team is working to redefine the cannabis retail experience. She mentioned that such an experience would truly be anticipated.

Recreational cannabis is being sold currently only by existing medical marijuana dispensaries. The market is expected to grow significantly with more and more cannabis stores opening up across the state.

Industry experts are optimistic that the sales will soar to $2 billion per year with appropriate measures from the authorities.

On-site lounges are essential as they provide a certain level of safety to individuals above 21 who want to indulge in a product that has been legalized by the law. Having dedicated lounges will make people more responsible.

A Surge in Sales in Coming Months

The marijuana industry in Illinois is currently being plagued by early supply issues. The residents have given a positive response by signing up for marijuana cards. A 50 percent increase in the number of patients has been reported by the firm Innovative Wellness in Chicago.

A medical marijuana card allows the residents of Illinois to pay less tax on the purchase of cannabis products. 2,573 applications were filed for the medical cards between the 1st of January to 17th of January 2020.

Cannabis production in the state is expected to grow significantly in the months to come. Cresco Labs Ltd, which is a Chicago-based firm recently secured a loan of $100 million to fund its ambitious plans.

This implies that the future of the marijuana industry seems to be quite bright in Illinois.

Indiana has been confused for months about CBD Oil. They’ve gone from banning to unbanning it, and months…
Read More