In a research study published in Neuron, scientists have actually identified a molecule present in the brain that may help combat anxiety and its effects on individuals. This can further explain how people respond to marijuana during stressful periods.

The researchers studied the molecule 2-arachidonoylglycerol (2-AG) that is believed to be involved in a connection between the frontal cortex and the amygdala. These regions of the brain are believed to have control over empathy, memory, and emotions.

Chemistry in the Brain

Usually, 2-AG is believed to maintain a break in the connection between the amygdala and the frontal cortex. However, during moments of stress, the break tends to disappear thereby allowing the two regions to remain glued together.

This condition spiked anxiety-related symptoms in mice during the study. Tetrahydrocannabinol (THC) and 2-AG both end up targeting the same receptor. Though the study did not focus much on the effect of marijuana on the brain, the finding may provide significant information about why people turn to this drug while battling stress.

Highlights from the Research Study

The co-author of the study, Sachin Patel from Vanderbilt University Medical Center has mentioned that these findings can help understand why people turn to cannabis while coping with anxiety and stress.

This may be linked to the deficiency of the molecule 2-AG. This is, however, just a theory and not an established point currently. Patel and his colleagues subjected the feet of the mice with a series of electrical shocks during the study.

They noted that in stressful moments, the break between the frontal cortex and the amygdala disappeared temporarily. This spiked the symptoms pertaining to anxiety by fortifying the connection.

In yet another experiment conducted by the research team, the researchers injected a virus into the mice thereby compromising the signaling of 2-AG. This further strengthened the connection between the frontal cortex and the amygdala.

This aggravated anxiety-related behavior in animals that had never been exposed to stress earlier.  This led to the researchers hypothesizing that the break disappears in the presence of an endocannabinoid system.

Patel shared some crucial information pertaining to this study. He said, “One of the implications of the study is that when this endogenous cannabinoid system breaks down within specific neural pathways in the brain, mice become anxious. When we restore levels of these endogenous molecules, they become less anxious after stress.”

Related: Missouri to Issue Medical Marijuana Licenses to 348 Businesses From Over 2,000 Applicants

There is however a limitation as the study just reveals the impact on mice. The translatability of study in mice to patients is always a big question.

Much was given to the brain pathway in this study which can also be found in humans. However, there is a need to study this in patients suffering from PTSD and anxiety disorders to make any further conclusions.

The researchers still want to focus on finding how stress impacts the level of 2-AG in the brain. Any substantial evidence in this regard may assist in developing new drugs that could boost 2-AG production in the brain.

There are some drugs that are already in the initial stages of clinical trials. We may soon have an answer to many questions that this study demands. This could also result in the development of an alternative to medical marijuana which does have its own limitations.

The side effects of medical cannabis, the dependency and a lot of other factors still make it an inaccessible drug. Quality clinical trials may soon help battle the issues that the medical world faces currently. 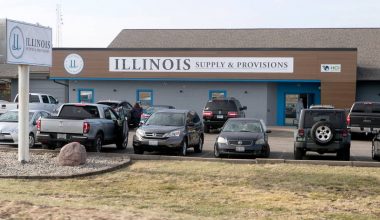