Cannabis has made inroads to the fashion industry. Arkansas is pretty harsh on anything related to marijuana and also doesn’t sound like a place for fashion innovation. Fashion designer Korto Momolu is producing fashion using cannabis. Momolu, who is based out of Little Rock, is presenting marijuana-themed collections at the New York Fashion Week.

Women Grow is a platform which encourages women to get into the industry and believes it can inspire, educate, and empower women. Momolu believes Women Grow would produce market leaders in the cannabis segment.

While medical marijuana was legalized in Arkansas earlier this year, some groups are advocating for recreational use to be authorized.

Dr. Chanda Macias, CEO of Women Grow, says that they look at innovative ways to overcome the stigma associated with women working in the cannabis industry. Momolu intends to showcase her collection at the New York Fashion Week on September 7 at Pier 59 Studios. Macias calls this collaboration strategic.

Macias said it was intended to project cannabis in a different light and show what could be achieved. It was more about a business theme than fashion.

Fashion and cannabis are evolving, and Momolu is a convincing choice to represent this convergence, said Macias. Her business revolves around custom wedding creations and regal prom. She moved to Little Rock, and a decade ago she was on television. As part of the reality show Project Runway, she made her first appearance. Momolu’s strong faith and enthusiasm had earned her a huge fan base.

Her show was a success, and she couldn’t even have dinner peacefully that evening. Momolu returned to Liberia after 20 years, for the first time to present her cannabis-themed collection. She said it was surprising to have her picture on a billboard. Fellow Africans derived hope from her journey. 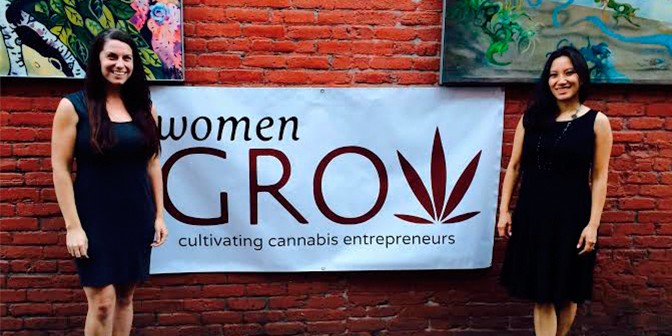 Momolu is not a conventional entrepreneur. Her niche allows her to connect with Women Grow’s CEO, product developers, and others involved in this industry. Momolu has seen first-hand the positive effects of cannabis. She used it to treat herself for arthritis pain. Her family has had a history of cancer, and she says she’s seen what cannabis can do for the patients.

CEO Macias said that Momolu’s work inspired the women community to participate in the cannabis business. Women Grow has business owners, patients, professionals, advocates, and cannabis-curious individuals as its members.

Momolu’s journey converging cannabis and clothing wasn’t comfortable. She had difficulty finding hemp fabric which was used to make the apparel. She’s eyeing the United States’ cannabis based-textile business while became viable after the passage of the US Farm Bill.