Select Family Video stores in Michigan have stocked the latest CBD products to attract more people to boost their sales.

This move has taken everybody by surprise. More than 70 Family Video stores in Michigan have started selling CBD based products such as sprays, gummies, oils and balms.

CDB is obtained from the cannabis plant and used as a remedy for anxiety and pain relief. It is also free from any psychoactive effects, which is caused by the THC present in marijuana.

The President of Enterprise Development, Levi Dinkla was quoted as saying that people often use CBD just like movies in order to relax.

The use of CBD has increased since December 2018 when hemp was legalized nationally.

The customers have started rushing into a Westland store after a median advertising CBD products was put up outside a Family Video store.

Jason Yuhasz, the Regional Director of Operations for Highland Ventures Ltd., stated that, “As soon as you put the sign out there, customers that are already using it — are coming in.” He also said that the store had to re-stock twice since it made the announcement of selling CBD products such as pet oil, muscle rub, gummies, lip balm, oil and CBD sprays.

However, it’s not like customers just came in to buy CBD products at first. Yuhasz was quoted saying that the customers had come to rent Avengers and not to get the pain relief. He also said that when they returned the movie in the next five days they decided to give it a shot. And that is exactly how their sales are majorly turning out.

Dinkla said that Keith Hoogland, the Family Video store owner, had used CBD products to tend to his tendonitis. Post his successful experience, he decided to add the same at the store.

Dinkla also said that Hoogland wanted people to use CBD in a much safer way and he learned this with his experience.

The stores sell only natural native CBD products such as CBD vape oils. Industrial hemp is procured from a company based in Oklahoma. The company also works in collaboration with Colorado State University.

Empty vials are kept in the display shelves in Westland family video stores to avoid theft. The most expensive CBD product at the family video store is an oil vial which costs around $150. Cheaper, smaller products are also available at the store such as $5 water, a $25 oral spray available in trail size and a $3 lip balm.

Dinkla continued that THC is not present in any of these CBD products. THC is a chemical component present in cannabis which gets the users high depending on its concentration.

Executives at Family Videos stores are saying that young customers are coming back to their stores after a very long time. Dinkla said that “They’re coming in to buy CBD, and then they go, ‘I haven’t been in a video store in a long time,’ and then they set up an account.”

Family Video stores sell CBD products only to adult customers. Stringent age regulations have been made mandatory by the store. 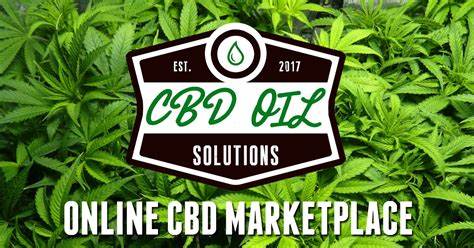