On August 24th with a line of nearly 300 that wrapped a few city blocks reminiscent of a major fashion or sneaker release, STIIIZY opened the brand’s first flagship store on a nondescript block in Downtown LA. Those who knew, were beyond excited based on the photos they had seen and their affinity for a brand that has grown rapidly in the cannabis market despite being available only in California, Nevada and Washington with the addition of Michigan just a few weeks ago.

As customers valeted their vehicles the scene was not much different from a day in Los Angeles, however this was not always the scene for a newly opening dispensary. STIIIZY aims to change the perception of cannabis branding, and STIIIZY DTLA does just that.

Founded in 2017, STIIIZY is one of the fastest-growing cannabis brands in the world. The brand is best known for innovation and premium quality concentrates and products. The brand’s “Influence, Inspire, Innovate” message has connected with avid fans in available states. STIIIZY is part of the Shryne Group portfolio of cannabis assets. 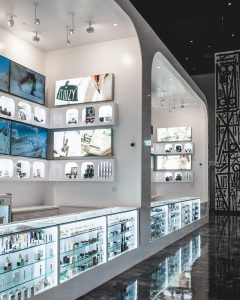 Shryne Group Inc. is a Los Angeles-based cannabis holding company with a fully, vertically integrated asset and license portfolio covering the breadth of California, the largest legal cannabis market in the world. The enterprise is the result of the synergetic integration of profitable cannabis assets and veteran professionals who have come together for the opportunity to shape this industry. The vision is informed by an intimate understanding of cannabis culture, its history and the collective expertise of decades of experience in diverse fields. STIIIZY products are one of the best-selling cannabis brands in the market today. Shryne Group is rooted in California, but currently have operations in Nevada, Washington and Michigan, and distribution networks to future markets in more than 60 countries.

The downtown Los Angeles opening is one of several STIIIZY branded stores that Shryne plans to open throughout the state of California.

STIIIZY DTLA is a 6,500 square foot dispensary located next to the Arts District and features a 29-foot mural by Los Angeles artist Retna, and pieces by other popular local artists Risk and Mr. Cartoon.

Customers enter the sales floor and pass through a narrow tunnel with projection mapping and LED lights with kaleidoscope eyes. A proprietary pod system greets customers as they enter the store with four distinct shopping pods in the store, each with a full selection of products – more than 55 of the most popular cannabis brands in California at different price ranges. The pods allow customers to shop at their own pace and avoid long lines by essentially offering four stores in one.

It seemed as though every partner STIIIZY Pod was available from every brand they work with in the single location. Limited edition STIIIZY apparel, LIIIT flower and BIIIT edibles powered by STIIIZY made their debut at the retail launch and are now exclusively available at STIIIZY DTLA. There is also a STIIIZY merchandise stand along with a station to engrave and customize STIIIZY batteries, window ports into what will be a real, live cannabis grow, and art inspired Instagram pods for those who want to mark the occasion. 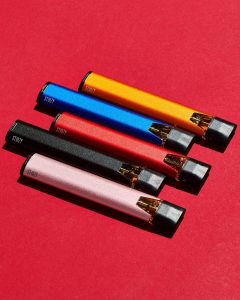 Co-Founder and Managing Director James Kim was on hand for the opening and had a few words to share to commemorate the experience. “I wanted to create a true immersive experience unlike any other for our customers,” said Kim. “The STIIIZY brand is deeply embedded in cannabis culture and this store is a true reflection of our ‘Influence, Inspire, Innovate’ message. This is what experiential retail is all about. This is not just a store, it is a destination.”

Kim explained that he wanted the store to honor the vibrant art scene in downtown Los Angeles. The art pieces in the store and the Instagram pods will be updated periodically by other guest artists. Kim co-founded the STIIIZY brand in 2017. In July, STIIIZY and dozens of other California cannabis assets owned by Kim and his business partners were combined to form the Shryne Group, making it one of the largest cannabis companies in the state. The company owns cultivation, manufacturing, distribution and retail operations in various stages of development up and down the state.

“California is the largest, most mature legal cannabis market in the world,” said Shryne Group CEO and Co-founder Brian Mitchell. “California is a global trendsetter and we have an opportunity with cannabis to set the standards that the rest of the world will follow. This store is a great example of that.”

Shryne Group owns a second dispensary in San Francisco’s popular Mission District which will be converted into a STIIIZY store. The company recently got approval from the city’s planning commission for two more dispensaries; one in Union Square and another steps away from Chase Center, the new home of the NBA’s Golden State Warriors. For more information on Shryne Group’s vertically integrated footprint in California visit http://www.shrynegroup.com.

Watch a full video walkthrough from the Cannabis Network News YouTube Channel below. 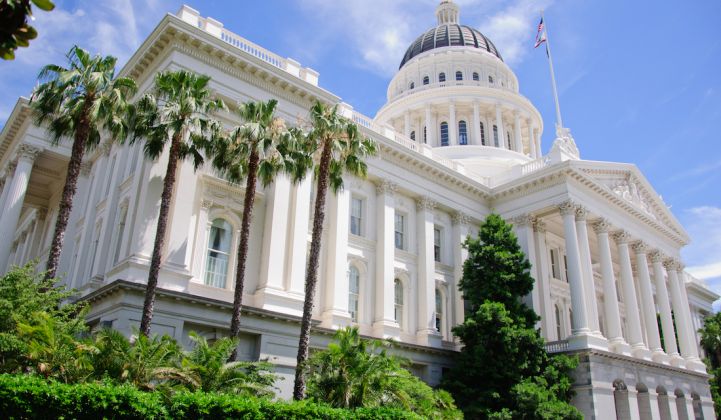