Rise No. 570 Wild Berry THC Infused Gummies were initially announced under a recall on January 26th by the Ontario Cannabis Store. That recall was expanded by Health Canada, the state’s federal marijuana regulator, on January 29th including Drift No. 470 Sour Watermelon THC Infused Gummies, also sold under the Haven St. brand.

The TerrAscend gummy recall affected a total of 33 produced lots under the two flavors made by the brand totaling 330,927 units, according to Health Canada.

TerrAscend’s Haven St. recalled gummies were sold in eight provinces during the period of September 2020 to January 2021.

There were a total of 10 complaints received by TerrAscend about the products as of January 29th, 2021 but no adverse reactions were reported according to the official recall notice.

TerrAscend expanded the voluntary recall on January 27th, 2021 according to the company.

“We have proactively taken this action after receiving consumer complaints alleging the presence of mold on certain gummies,” TerrAscend Canada said in a statement emailed to Marijuana Business Daily.

“As we begin reaching out to customers directly impacted by the voluntary recall, we are asking them to take any used or unused product back to their local retailer for a full refund or credit. TerrAscend Canada remains committed to providing customers with safe, effective and quality products.”

Saskatchewan processor AgroGreens Natural Products was cited for moldy marijuana, making the TerrAscend recall the second of 2021 in a short period of time. Manitoba’s Delta 9 Bio-Tech issued a recall in January for mislabeled bud. 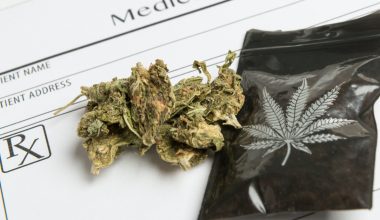