Three US senators published a preliminary legislation draft that will withdraw cannabis from the federal government’s schedule of controlled drugs and allow cannabis goods to fall under federal taxation.

The Cannabis Administration & Opportunity Act (CAOA or the Act) is still a discussion draft, not law. In its present form, the Act would legalize and regulate cannabis on a federal level, similar to how alcohol and cigarettes (and other tobacco) are controlled now. The sponsors are looking for feedback on the discussion draft by September 1, 2021 from concerned stakeholders.

Cannabis will not be classified as a controlled substance any more at the federal level or for the purposes of interstate trade under the Controlled Substances Act. It’s a broad plan that addresses social fairness, restorative justice, research, and taxes while keeping current state cannabis laws intact.

Related: Trulieve Just had a Bigger Dispensary come up at St. Augustine in Florida

Cannabis possession, manufacturing, and transport would be regulated under state law. States may retain cannabis to be illegal, but they wouldn’t be able to impose restrictions on cannabis being moved over state lines.

Industry stakeholders and operators would be liberated from the crippling financial consequences of tax code Section 280E if cannabis is not classified as a controlled drug on the federal level.

Although deductions for cost of products sold are allowed, cannabis merchants and processors face a significant tax burden since they cannot deduct real estate or staff costs. Cultivators likewise lose out on normal business deductions and credits. However, because of the type of their industry, they profit more from permitted cost of goods sold deductions.

The proposed tax system is largely influenced by federal excise taxes on tobacco and alcohol goods, which are levied on the basis of volume, potency, or a fraction of price. There will of course be without distinguishing between medicinal and recreational marijuana.

Related: Foxwoods Resort Casino Could Soon Have A Huge Marijuana Dispensary Nearby

Cannabis companies have proved to be reliable income sources, but earnings may be significantly harmed when revenues are subjected to effective municipal, state, and federal tax rates of up to 90%.

The rate of tax will be 10% of the removal sales price for the implementation year and first year, and then rise by 5% every year over the next three years, eventually reaching 25% in fourth year.  After year five, the excise tax is applied based on a hybrid prevailing price and per-milligram or per-ounce of THC model, rather on the product’s removal sales price.

Cannabis will be taxed at a rate of 25% of the existing per-ounce price for cannabis flower and per-milligram of THC for any cannabis extracts.

The Treasury Department would calculate the previous year’s prevailing rate of cannabis sold in the United States. Local manufacturers with fewer than $20 million in sales would get a 50 percent decrease in the yearly tax rate by way of tax credit as part of an effort to reduce entry barriers. A comparable credit would be available to larger manufacturers only with their first $20 million in yearly sales. The Opportunity Trust Fund would receive all tax income.

The CAOA is, however, silent on how the Treasury Department would calculate the existing national cost of cannabis flower per ounce or extracts per milligram of THC. Since cannabis is available in so many kinds at such a wide range of prices and is taxed variously in each state, determining a single national pricing may be challenging and possibly arbitrary. 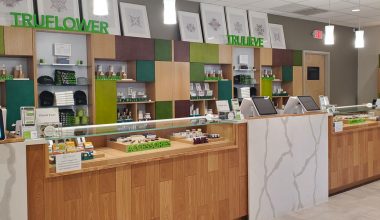 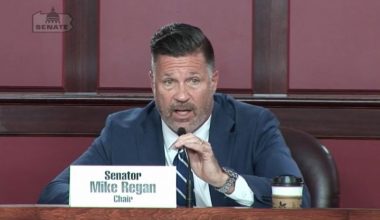