Deported Navy Veteran who was Banished for 10 years over a Marijuana Felony, now returns to the U.S.

At the young age of 17, Howard Bailey made his way into the U.S. from Jamaica. He joined the Navy straight from high school and served for almost four years, deployed in two tours in Operation Desert Storm and even receiving a National Defense Service Medal. However, when this veteran applied for citizenship as a legal permanent resident, his request was turned down due to a single marijuana conviction.

Bailey was instead deported to his home country, where he hadn’t been in 24 years, and what was already a terrible blow grew into nearly a decade of banishment. He eventually won the battle to return home last Wednesday.

He got himself into trouble soon after arriving to Virginia after his duty in the Persian Gulf in 1995. A neighbor asked whether he might send some parcels from New York to Bailey’s house, as Bailey recounted in a 2014 Politico article.

The guy offered Bailey a drop-off place when they arrived. Bailey placed the items into his vehicle, and while driving, was halted by the cops. Bailey claims that he only found out later that the cartons had marijuana, and they were sent from California rather than New York. The parcels had also been tracked by the police.

Related: Cannabis would be Taxed at the Federal Level under New Proposed Legislation

Bailey admitted that he had never used marijuana and had no previous information of the contents of the parcels. However, because of Virginia‘s harsh drug laws, the lawyer advised this navy veteran to accept a plea bargain. So he evaded appearing in court by serving 15 months in a state labor camp.

He recounts, “No one—not the judge, nor the lawyer I’d hired—told me when I pleaded guilty to the drug charge that I was giving up my right to be a legal permanent resident of the United States.”

Bailey, ignorant of the consequences of his plea, went about reconstructing his life and  went back to his family, which included his wife and two kids. While rebuilding from scratch, he established two little companies and found success. He amassed money, purchased a home, and annually took his family on trips.

In 2005, he revealed the marijuana offense from a decade ago when he sought to be a US citizen. He was held in immigration detention for another two years until being deported to Jamaica in 2012.   He had to depend on distant relatives for assistance at the age of 41, while his family battled to survive in his absence in the United States.

Then, things started getting bad for Bailey. First, his citizenship application was rejected in 2010. On June 10th of the same year, he awoke to the sounds of Immigration and Customs Enforcement officers knocking on his door.

The navy veteran was finally pardoned by Virginia Governor Terry McAuliffe in December 2017. Bailey’s immigration procedures were reopened after his appearance before the U.S. Senate Judiciary Committee and a letter from Sen. Alex Padilla (D–Calif.) to the Department of Homeland Security. Bailey was granted humanitarian parole and permitted to return as a result of his efforts. For the first time in almost a decade, he returned home last week.

Related: Trulieve Just had a Bigger Dispensary come up at St. Augustine in Florida

“It’s a joyous feeling today. I actually woke up in Virginia,” Bailey said on a call hosted by the National Immigrant Justice Center this afternoon. “I’m still coming to grips that I’m actually home after fighting for so many years.”

Bailey isn’t the only one who has suffered from this tragedy. According to the Transactional Records Access Clearinghouse at Syracuse University, nearly 45,000 individuals were deported for possessing marijuana between 2003 and August 2018. According to immigration attorneys and activists, the USCIS has rejected citizenship petitions to immigrants who confess to smoking marijuana even in states where it is legal.

Every year, roughly 5,000 immigrants join the military, while approximately 94,000 veterans are not recognized as citizens of the United States.

Officials from the Biden administration stated in July that they would take measures to help noncitizen veterans and military members, including enabling individuals who had been wrongfully deported to return to the United States. There are approximately 1,000 military deportees in 40 nations, and there is no redress for individuals who have been unjustly deported. 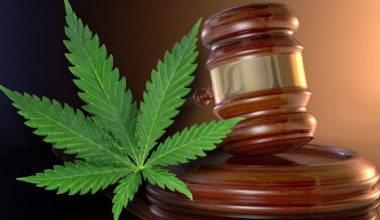