In an interview he gave to 44 News that aired on Wednesday, the Governor of Kentucky Andy Beshear (D) said that medical marijuana was ‘the future’.

He talked about how legalizing medical marijuana was a priority for him in the next legislative session and also suggested having legislation that would allow adults, 21 years or older, to grow and possess cannabis, irrespective of whether they had a medical reason for it or not.

Beshear emphasized that Kentucky had to follow the other states that had chosen a similar path. During a State of the Commonwealth address in January, he called on lawmakers to pass the reform and said the plant would provide relief to people who would otherwise turn to more damaging substances.

He is of the opinion that Kentucky’s farmers could benefit significantly from the legalization of medical marijuana since they can grow the plant and make an extra income by selling it to other states. However, there is some confusion about the governor’s statement regarding interstate commerce of marijuana.

There are cannabis activists who are, together with lawmakers, pressurizing the business community to join them in asking the governors of four key states to get guidelines from the Justice Department on making interstate selling of marijuana legal. As of now, each state grows its own cannabis, though some states are more suited than others for marijuana cultivation.

Oregon Gov. Kate Brown (D) signed a bill in 2019 that would allow importing and exporting of marijuana between states if federal policy supported it. Activists were expecting similar legislation in California last year, but the coronavirus pandemic derailed that.

After Oregon’s governor signed the interstate commerce bill, Rep. Earl Blumenauer (D-OR) and Sen. Ron Wyden (D-OR), filed a bill that would allow interstate trading of cannabis, preventing the Justice Department from interfering in states that have agreements to sell marijuana across state borders. The legislation did not advance.

Though the Kentucky governor’s primary focus appears to be on getting medical cannabis enacted in the coming legislative session, he is also supportive of the legislation introduced by Rep. Nima Kulkarni (D) late last month that would legalize the possession and cultivation of cannabis and prevent people from being incarcerated over marijuana.

But the proposed legislation still does not provide a correct regulatory framework for selling cannabis commercially.

Beshear pointed out that the legislation only stated that nobody should go to jail for using marijuana but not anything about the punishment for selling. He is more focused on medical cannabis and is more concerned about having regulations firmly put in place, though he did say that people should be open to discussions regarding the recreational use of marijuana.

The Republican sponsor of a bill to legalize medical marijuana in Kentucky said in October that he made multiple revisions to the legislation to scale it back and add restrictions to garner more support from colleagues. He said that he was confident that it would pass if only the legislative leaders would allow a vote on it.

Also Read: All CBD Products to be Federally Controlled and Regulated with a Newly Proposed Hemp Bill

The people of Kentucky appear to be overwhelmingly in favor of cannabis legalization. A poll conducted last year revealed that nine out of 10 Kentucky residents were supportive of legalizing medical marijuana and that almost 60% wanted cannabis to be legalized under any circumstances.

Rep. Jason Nemes (R) of Kentucky filed a medical legalization bill that easily passed the House last year but died in the Senate mainly as a result of coronavirus pandemic. Though he reintroduced the legislation in January for the 2021 session, it did not advance. But Nemes is not giving up and is working to build support for a new version in 2022. 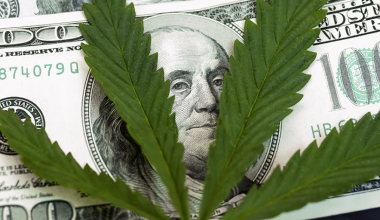 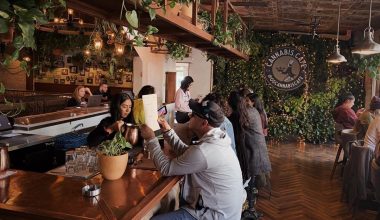