Legalization of recreational marijuana was not included in a similar proposal filed by Republicans in January. The Democratic leaders said that their aims were to be on par with the other 37 states which were giving access to medical marijuana, to launch a revenue stream, and to decriminalize cannabis use and possession.

LETT’s Grow is the name of the new legislation, where L stands for legalizing marijuana sales, E for expunging crimes, T for treatment, and the next T for taxing recreational cannabis. (Known as Senate Bill 186 and House Bill 521 in the two legislative branches)

The bill also proposes the expansion of medical funding and scholarship programs for those disproportionately affected by the war on drugs. If the bill becomes law, possession of one ounce or less publicly, and 12 ounces or less at private places, would become legal.

Growing 10 cannabis plants by one individual and sharing one ounce or less cannabis between users would become valid. To qualify as a marijuana patient, an individual must have a valid prescription from an authorized medical practitioner.

According to Democrats, the new policy is a delayed one, since polls have proved that 90% of the voters want medical marijuana legalized, and 60% support both medical and recreational use. And Kentucky is already a good cannabis producer, being the ninth among the states in the quantity of hemp produced.

In the measure proposed by Republicans, cannabis use is to be allowed only for medical purposes, and that too only for patients suffering from specified medical conditions, though regulators have the freedom to widen the list of medical problems.

Even the proposal by Democrats needs more specifics like potency, dosage, cannabinoid content, packaging etc. to be complete, and this will have to be done by regulators.

Andy Beshear, the Kentucky Governor, despite being a democrat, showed his support mainly for medical cannabis, though in late 2021 he had even suggested the idea of growing cannabis so that farmers could sell it outside the state.

A seven-membered Cannabis Control Board would oversee things like licensing, lab testing, retailing, special events, public consumption spaces, and transportation, including separate licensing for microbusinesses. Standalone advisory committees (four in number) would give recommendation to the board about medical and recreational use, cultivation, and economic and social equity.

According to the proposed law, recreational cannabis would invite a 6% state tax, with municipalities having the right to add up to 5%, with the total tax being not higher than 11%. Employers would no longer have the right to interfere in the cannabis use of employees so far as it does not impact their work performance.

Packaging should be opaque with packets having a label containing the details of ingredients, additives, weight, date of expiry, and recreational and medical use demarcation. Cannabis use in publica places would continue to be illegal and invite a fine of up to $100.

The changed situation would give those convicted for use or possession of cannabis the right to petition for expungement. In 2018, there was about 7600 cannabis-related arrests in Kentucky, mostly for possession. The majority of the arrested were young people and Blacks.

Also Read: Cannabis Regulator in New York Expects the State’s Industry Regulations to be Released by May

It will not be easy to clear the bill in the Republican majority legislature. Even an earlier supporter of medical cannabis like Representative Jason Nemes is making his version more restrictive, to toe the conservative line, because his earlier bills of 2020 and 2021 had met with Republican opposition.

But Democrats are continuing to do their best. Representative Nima Kulkarni has pre-filed another legislation while McGarvey is using TikTok as the medium to spread his message. 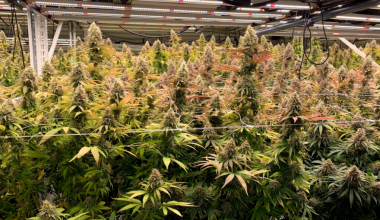 As the world economy hits a new low every day due to the COVID-19 outbreak, countries are scrambling…
Read More 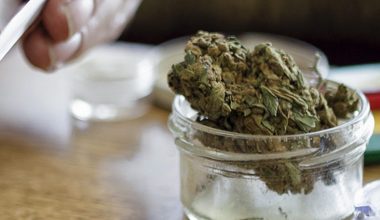 Medical marijuana patients’ enthusiasm was clearly high when they flocked to the nine cannabis dispensaries in Louisiana, the…
Read More