Despite the world economy having come to a grinding halt because of the coronavirus pandemic, Americans are well aware of the most important matter this year – the pending decision on who is going to be their future President.

The race to the finish will happen in fall but most voters already have zeroed in on their candidate. While issues like immigration policy and healthcare will be the contentious topics, another relatively less publicly discussed issue could be the gamechanger in swinging votes from Trump towards Biden, and that is legalization of recreational marijuana.

As compared to 20 years ago when only one-third of the American population favored legalization, today about two-thirds of the nation are unequivocally in support of it.

A clear indication of how deeply ingrained marijuana has become in the lives of average Americans could be seen during the ongoing lockdown.

Cannabis sales hit record high, with many states declaring it an essential service and many stores providing home delivery or online purchase facilities. This was not only for medical marijuana but for recreational purposes as well.

The cannabis industry and its clients have advocated long and hard for its legalization at the federal level and this election might just be the most opportune moment to take this plea forward.

Moreover, it is one of the few issues close to people across the political spectrum. Democrats, Republicans as well as Independents across most states have nodded affirmatively to the question of supporting marijuana legalization.

Polling firm Civiqs conducted a survey among 140,000 registered voters and the results showed that statewide support for legalization ranges from about 55 percent in North Dakota to about 79 percent in Oregon and Washington.

About 65-67 percent of voters in the Swing states support legalization of marijuana while a handful of battleground states that will determine who wins the 2021 presidential election are also in favor of the move.

Another survey conducted by the UCLA/Nationscape that has interviewed more than 200,000 registered voters show similar opinions. Independent and undecided voters support marijuana legalization by more than a 2-to-1 margin.

Political scientists Lynn Vavreck, John Sides and Chris Tausanovitch who designed the survey wanted to study the relative importance of more than 50 prominent issues among voters and marijuana legalization was found to be one of the most popular issues.

This brings sharp focus on how Joe Biden, the Democrat adversary to Donald Trump this year, will deal with the pertinent question of whether or not to legalize marijuana across America.

Related: Bernie Sanders’ Team Encouraging the Legalization of Marijuana in 2021

Biden has categorically evaded giving a decisive answer and has said that he would need to further study the impact of such a policy on America’s economy. The Republican party stands against the decision.

Whether Biden can take the bold step and up his game by a notch or not will be closely watched by cannabis lovers across the country once the final battle begins.

As more and more states in the U.S. are legalizing the cultivation and sale of cannabis for medicinal…
Read More 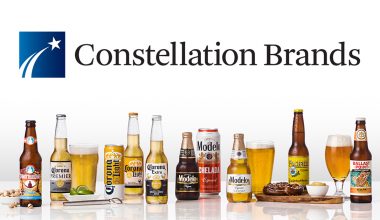